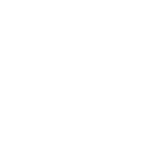 You KNOW you want to 2X your monthly revenue (or more!).

You KNOW it’s time to grow.

And you see everyone else doing it. 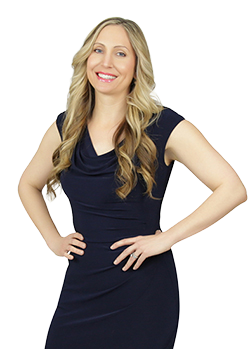 BUT... it just seems like it shouldn’t be so hard. It shouldn’t mean that you have to work even more hours than you are already working.
And even more frustrating, it seems like everyone else is talking about how THEY’VE done it on social media. After hours of looking at social media and everyone else’s success, you just feel like quitting.
Yet, deep down, there’s a part of you that just refuses to give up,
It’s like you KNOW there’s a better way, you just haven’t found it yet.

But you just keep asking…
What do I have to do to 2x or 10x my sales AND work less??

Look, I get it. At one time or another, ALL of our clients wanted to quit. They felt stuck. They had no idea how to reach the success they desired.

You have a 6 or multi-six-figure business.
You've worked hard to get your business to this point.
But no matter what you do, it seems like you’ve hit an income ceiling.
You’ve invested in workshops, coaching and more. You’ve read the books. You listen to the podcasts. You’ve done “all the things”. And, frankly, you’re EXHAUSTED.

...Who wouldn’t be exhausted?

Trying to figure it out by yourself, or getting advice from those who either don’t have your best interest in mind or haven’t done it themselves, can you keep you stuck at an income ceiling that is painful.

Enough to (maybe) pay your bills…

…but not enough to live the life you’ve been dreaming about or give back to the charities and other non-profits you care about.

There are many other CEOs stuck exactly where you are.

It’s a bit of an epidemic. And, speaking of epidemics, many have lost sight of their dreams and goals coming through the pandemic. But there is a way out.

If you have the desire in your heart to 2X your annual revenue (or more!) we can show you that there is a path to get there. AND we are really good at helping you get rid of the blocks that have stopped you…once and for all.

Getting stuck at a low income ceiling is exhausting, but we have mastered the Scale 2-7 Formula—and we would love to show you how easy it can be to create a plan 2X your revenue (or more) and release the #1 block that has been stopping you.   If you have the desire in your heart to 2X your annual revenue (or more!) we can show you that there is a path to get there. AND we are really good at helping you get rid of the blocks that have stopped you…once and for all.

We will be sharing our power-packed strategies on how to revenue model YOUR 2X as well as how to easily release the block that is stopping you from moving forward RIGHT NOW. 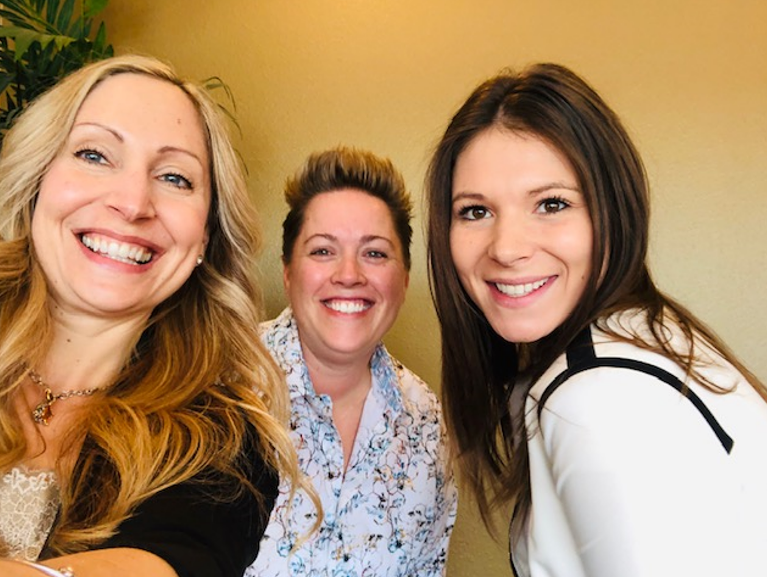 Here's the truth... if I can master selling and quantum revenue growth to become to become an award-winning CEO, best-selling author and speaker, so can you.

I didn’t start out as a business owner.

In fact, I didn’t even know a business owner.

It wasn’t until I met a successful entrepreneur of an 8-figure business that I even thought this dream could potentially be for me, too.

He spoke truth into me.

He said, and I’ll never forget this, “Get a job in outside sales and you can do anything. You can write your own ticket. You can even have your own business someday and create real wealth.”

So, I followed his advice. I got a job in outside sales. When I first started out, I hated everything about selling. And I mean EVERYTHING.

But there was something in me that just wouldn’t give up. I read every book on sales and selling. I went to every seminar. Invested thousands. I kept failing and learning.

And then I cracked the code, so to speak. I figured it out.

Within 8 months I went from being an outside sales rep to being promoted to run a branch in Colorado Springs, Colorado. I grew that branch to over $1M in annual sales within 12 months and was promoted again. I was transferred from Colorado to the Santa Ana, California, branch where we grew that office from around $300,000 per month to $3M per month—10X where we had started, with only 5 sales reps. By the time I was 27 years old I was President of a $20M company.

All of that was awesome. It was like getting an MBA on steroids.

But then things shifted. I started to get sick. I wanted out. So, the Universe delivered. I left and I became highly unemployable. No one wanted to hire me as the next “President” of their company (“they” said I was “too young” “too inexperienced”, etc.). Finally, a recruiter said 5 magical words, “Why don’t you just start your own company?”

He was right.
So, I did.
And I’ve never looked back.

Since then, I have created multi-million dollar lines of revenue and I have coached thousands of CEOs to 2X –10X their annual revenue.

But it didn’t start out easily. I didn’t realize that having your own company was totally different from working for someone else.

In the beginning, I did it all. I WAS the team! I networked everywhere. I was on every membership or non-profit board that I could serve on. I cold-called. I warm called. I spoke on every stage I could. I worked all of the time.

And then one day I woke up and I said, “There MUST be a better way”.

So just like I had mastered selling, I set out to master scaling and growing a business. I invested thousands and thousands of dollars into training events, coaches, masterminds, coaching certifications a master’s degree, and more.

And then one day, just like before, it just all clicked.

The game changer was understanding the power of combining solid business strategy with tools that supported the subconscious mind.

Combining powerful business strategy with solid brain science and success allowed me to release the subconscious blocks that kept ME from growing my own successful company. I had a block that said I could do it for others, but not myself (maybe you can relate?).

And once I figured it out, I became committed to helping others figure it out as well so they could make as much revenue as they desired, give back to the organizations they care about AND live an amazing life.

I would love to help you do that, too.

WHAT WILL THIS FREE 2 HOUR EXPERIENCE

Power Strategy #1: Discover YOUR Unique Scale 2-7 Formula. When we meet new CEOs, we can gauge really quickly the amount of money they are “willing to let in on a monthly basis” (yes, that’s a “thing”). It’s different for everyone—you have your own unique income ceiling—or the amount of money you are comfortable making everyone month. We need to find that number and then find the NEXT level you are ready to be calibrated for. I have a simple (yet profound) exercise to take you through to reveal the answer!

Power Strategy #2: Reveal and Release YOUR #1 Block to Scaling Your Business. Discover what’s REALLY holding you back. I don’t know what it will be—it’s different for everyone. But I can guarantee you have a block, or you would already have reached or exceeded your revenue goal.

Ready to exceed your annual revenue goal in 2022? 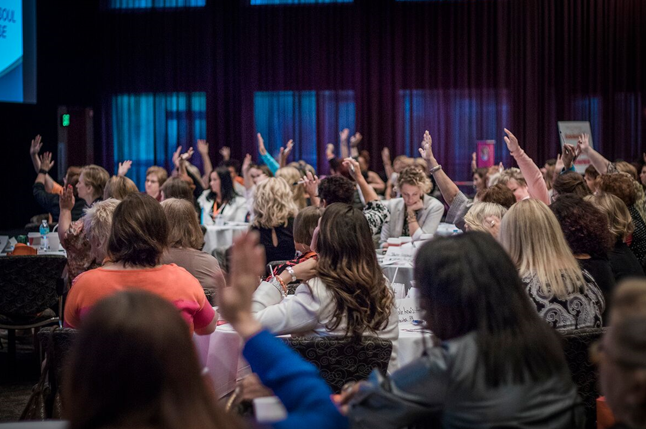 Our Clients Are Reporting their BEST MONTHS EVER!

"Before I struggled with not knowing what my mindset block was completely. After working with Ursula & Rebekah, I know and I am ready to let it go! Not only did I learn about my mindset block, I learned that I need to not hold my goal so tight. You can still be committed to your goal but can be emotionally detached from it. My boundaries and I will never go back to where I was and what I was doing this time last year. I am done with that! Time to grow exponentially!" 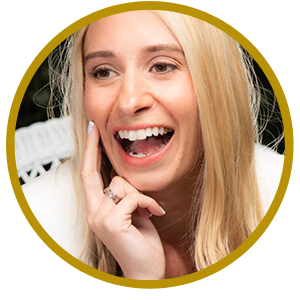 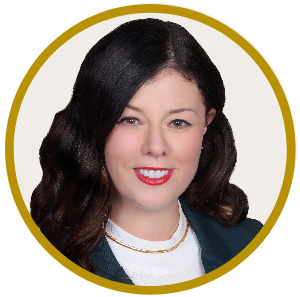 “Before working with Ursula & Rebekah I struggled with confidence and a vision. Now, I have a clear path to 3x my revenue. I have a clear vision and I wake up feeling exhilarated every day knowing I will reach my goal in 90 days. I learned a proven process to help me achieve far beyond my wildest dreams.. It instilled quantum thinking that will greatly multiply my business. It’s helping me focus my business and provided proven tools for how I can automate and invest in my business to unleash that growth. Further, I was able to make the huge shift from seeing myself as a sole proprietor to a CEO bringing the vision to reality. I will only see possibility!!”

Five-time Bestselling Author, Award winning Entrepreneur and Business Growth Expert— Ursula Mentjes--will transform the way you think about scaling so you can reach your quantum revenue goals with less anxiety and less effort! The founder of Ursula, Inc. as well as an inspirational speaker, author of five business growth books, Ursula specializes in Neuro-Linguistic Programming to help clients double and triple their revenue FAST.

Honing her skills at an international technical training company, where she began her career in 1996, Ursula increased sales by 90% in just one year! In 2001, when the company’s annual run was in the tens of millions, Ursula advanced to the position of President at just 27 years old. Sales guru Brian Tracy endorsed Selling with Intention saying, “This powerful, practical book shows you how to connect with customers by fully understanding the sales process from the inside out. It really works!” Ursula has gone on to coach and train thousands of business owners through their biggest blocks to reach their next level in business. 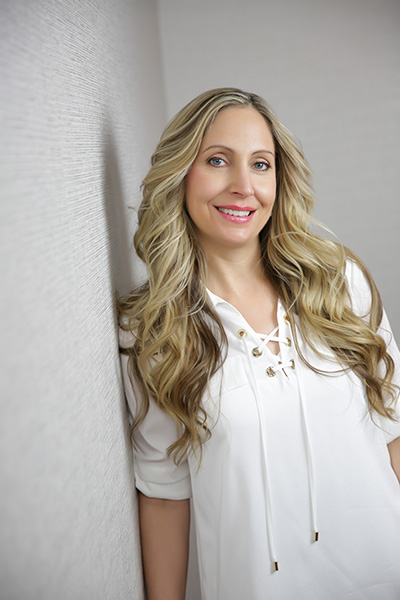 She has shared the stage with bestselling author Loral Langemeier, Les Brown, Tom Antion, Lisa Nichols, Giuliana Rancic and many others! Her clients include Aflac, Ebenezer, Keller Williams, Fairview Hospitals, New York Life, Paychex and more! She holds a B.A. in Psychology and Communication, an M.S. in Counseling Psychology and is an NLP Certified Coach through the NLP Institute of California.

YES, I AM READY TO 2X MY REVENUE AND STOP WORKING SO MUCH!

Nothing on this sales page or anywhere on the website, in our content or training workshops promise or guarantee future results or earnings, no do we offer any medical, legal, tax or other professional advice. Any numbers here reported by other clients are just illustrations of what others have done but do not guarantee that will happen for others. Always us caution when purchasing others and consult your accountant or lawyer for specific questions. You are responsible for your own outcomes and therefore by registering for this course or any others and you agree to not hold us liable.